My intention was to post these photos tomorrow to welcome in October, the spookiest and best time of the year. But then I began to think about the day I actually took them. It was a summer afternoon, maybe late June or mid-July, and for whatever reason I was on my own with no plans. I ventured out with my camera to see what I could find, a decidedly typical move for me in the wake of idleness. It was a gorgeous day. The sun shone and the grass glowed. The green in the trees was lit up by the clear blue sky. It did not at all resemble today, gray and windy and leaves changing, where one might expect to find themselves in cemetery from the 1800s. Yet that’s precisely where I ended up. Call me cliche, but I'll never turn down a walk in a cemetery no matter the weather. You can't take the emo out of the girl. 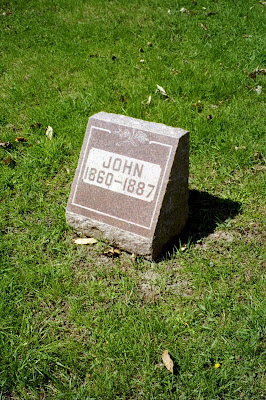 These stones did not scare me as much as they saddened me. Some were marked with simple one-word titles. Many of them that included names also included dates, showcasing the short life of children who did not make it past an age of adolescence. One that I think of most fondly is "John", who had died at 27, the same age as I was while standing at his grave taking a photo of his marker. I didn't know anything about John but I felt close to him. I imagined we were maybe looking at each other in that moment, him with his nineteenth century experiences and me with mine (if you've seen the movie Hocus Pocus, I imagine him with a little bit of Billy Butcherson vibe.) My late twenties have brought me new turmoil, but they have also brought me new clarity. I have been able to tighten my grip on the things that matter while loosening my hands from things that do not. Simultaneously, I have been faced with new challenges and fears that can only come with life experiences and self-reflection. Did John have the opportunity to experience any of this? I wondered about his loves and his demons. Was he living out his life for himself as a young man, or maybe as a father? Did he too have days where he needed to carve out time for just himself and his thoughts? Did he ever venture out for the sake of the creativity, or reflection, or whatever lived inside him that made him who he was? Had he ever stood in front of a stranger’s grave imaging them, wondering about their life just as I was with him? These are questions I for which I will never have the answer. But I still think about him, and when I come across the photo of his headstone, it feels like we may still kindly gazing at each other from beyond.

Cemeteries can easily be construed as creepy when we imagine them in their typical (i.e., autumnal) context. But I have been thinking about the times in between. The summer days, afternoons with the flowers blooming, the snowy winter evenings. When someone dies, they are dead all year long. This is a simple, easy fact. As someone with many experiences with death and an intense anxiety about dying, this does not feel good to think about. But this particular afternoon comforted me in a strange way. I stood alone. I stood amongst the buried remains of those people, those families, and reflected on all the light that likely existed in their lives. I stood alongside them. I hoped they could somehow perceive my presence as a recognition of their humanity. A resting place is called a resting place because of its permanence. It holds the same people despite the passing of time. I do not think we are born to be remembered as ghosts or Halloween decorations or ominous roadside stops. I think we are born to remembered in the shadows and the sunshine. We are meant to move through all the seasons, the same way we lived. 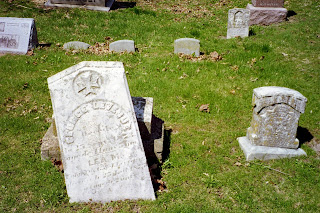 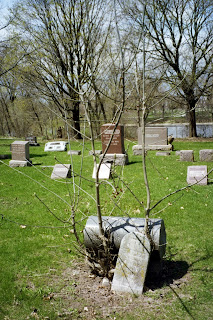 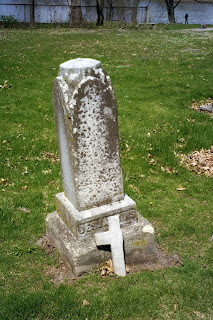 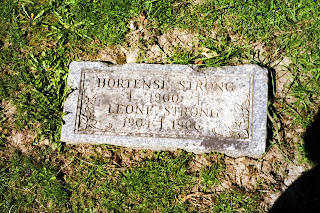 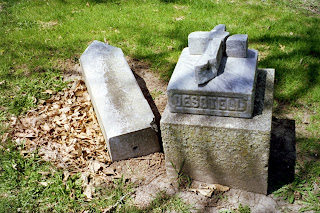 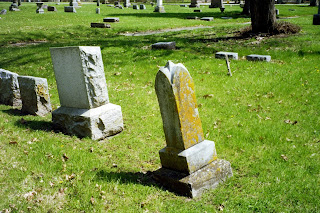 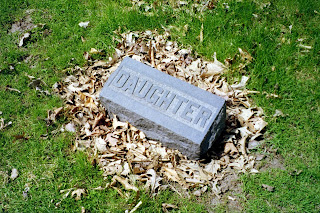